The Student Robotics Competition marks the ultimate stage of SR2019, showcasing the months of preparation. Our teams will work hard to push their robots to the limit and quickly make repairs between league matches. We will finish the weekend with the finals where the best bots will be named victorious.

The competition will be held from Saturday 6th April until Sunday 7th April. Doors open 9am and we aim to finish around 6pm.

Saturday begins with a briefing on the rules and general struture of the weekend, followed by some time for teams to test their robots in the arena. Soon after, the league matches will start, in which your robot will compete against 3 other bots to rise up the league. These continue for the rest of the day.

On Sunday morning, the league matches will continue. Once these have concluded, we will begin knockout matches, the order of which is determined by your position in the league. The remaining teams will compete in the finals, followed by the awards for the winning teams.

Competitors need to bring along a ticket to be allowed entry. Anyone under the age of 18 must be accompanied by an adult. To obtain a ticket, competitors need to sign a media consent form and send back to us. Please put “Student Robotics 2019” as the event name. Those under the age of 16 will need to get a parent or guardian to sign on their behalf. Once processed, you’ll receive an automated email with a link to your ticket.

Media consent forms will also be available at reception.

The competition will be held in the Students’ Union building at the University of Southampton’s Highfield campus:

We have a limited amount of free parking on site for competitors. 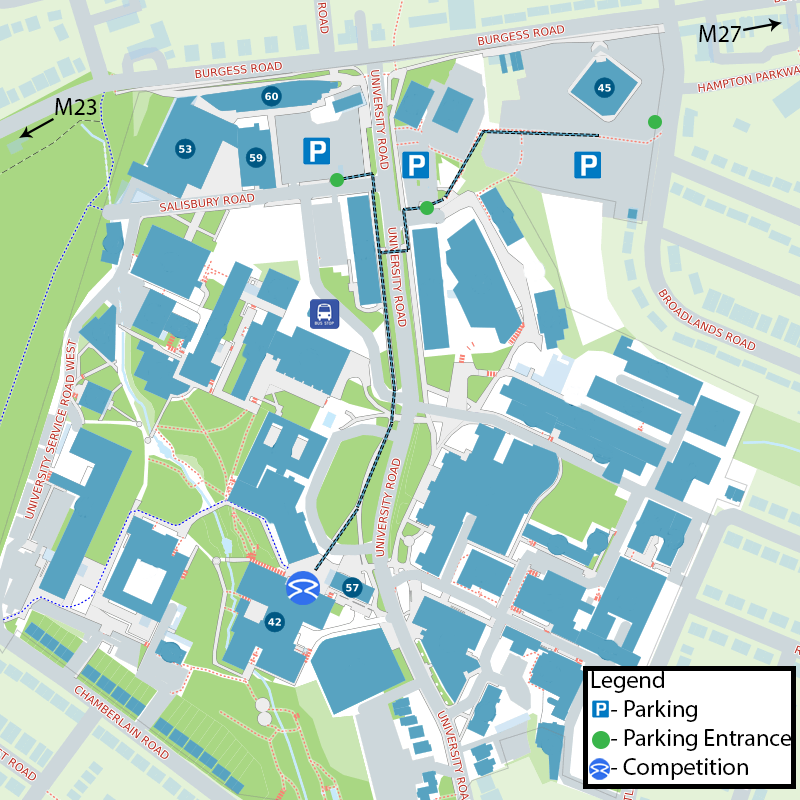 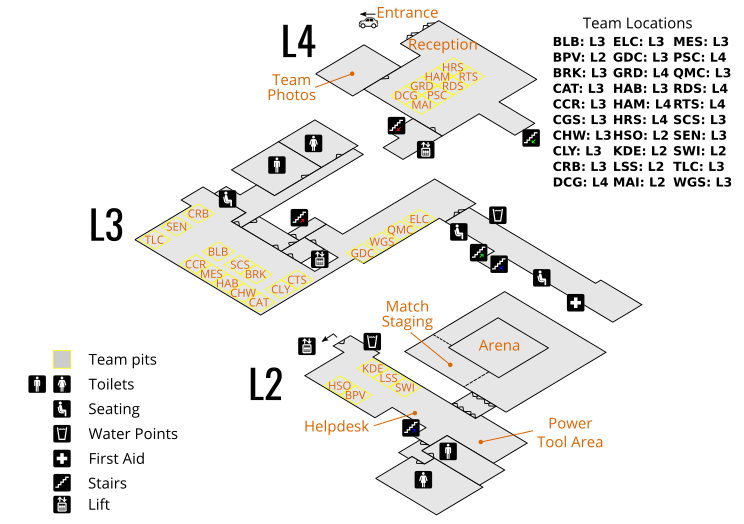 You can also download a PDF of the venue map.