This page describes the games from previous SR competitions. The rules for the current competition year are available from the main rules page. 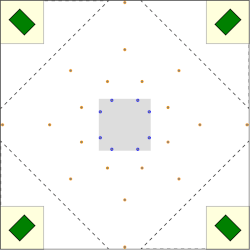 The SR2022 game, This Way Up, challenged teams to collect the most tin cans from the arena and ensure that they were up the right way for maximum points. When in a team’s scoring zone, correctly oriented cans were worth 3 points, upside down cans were worth one point, and cans lying on their side were worth nothing.

However, not all cans were created equal: Tin cans on the arena floor started upside down, but those on the raised platform in the centre were already the right way up, making them harder to get but easier to score points with.

Teams could detect a can’s orientation with an insulating band along the bottom – how they chose to use this was up to them!

Full details of the 2022 game are available in the rulebook.

For SR2021 the game, Radars of the Lost Ark, challenged teams to score points by claiming territories using radios. Teams had to navigate the arena scanning for tower transmissions and sending their own transmissions back to claim territories.

The game was released over four modules, with teams having to adapt to the challenges each new module added. The second module added a limitation that towers must have an active connection to other already-claimed towers in order to be successfully claimed. The fourth module expanded the arena and introduced gold and silver towers which were worth additional points. 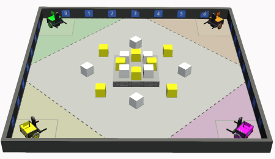 The 2020 game, Two Colours, challenged teams to score points by retrieving coloured tokens from on and around a raised platform in the centre of the arena. They had to place these tokens within their scoring zone (i.e. their corner of the arena). However, if a team gathered more than one token colour within their scoring zone, each token’s value would drop from 3 points to 1 point.

Full details of the 2020 game are available in the rulebook. 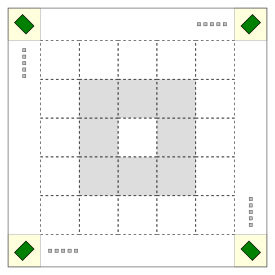 The 2019 game, Caldera, challenged robots to control scoring zones with tokens while navigating an arena with raised platforms. Twenty-five scoring zones were arranged in a grid, varying in value from two points for each of the outermost 16, a ring of eight on a raised “volcano” worth seven points apiece, to the the central “caldera” which was worth thirty points.

Robots could claim one of the scoring zones by placing more of their tokens in it than any opposing robot. Additionally the value of any scoring zone could be multiplied by careful position of the robot at the end of the match.

Full details of the 2019 game are available in the rulebook. 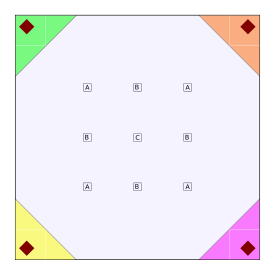 The 2017 game, Easy as ABC, featured three kinds of tokens (“A”, “B” and “C”). Robots had to collect tokens and return them to their scoring zone, though for maximum points a robot had to choose which tokens to collect.

Full details about the game and available prizes remain available in the rulebook. 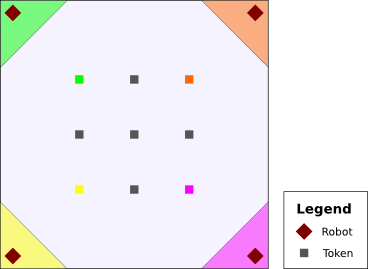 In the 2016 game, Sunny Side Up, the robots were challenged to turn tokens so that their side faced upwards. Additional points could be scored by moving suitably turned tokens into the robots’ corner zone.

There were a limited number of tokens in the arena and any robot could move or turn any token. As a result robots competed with each other to turn (and re-turn) tokens to score points.

Full details about Sunny Side Up, the scoring method and more, are available in the rulebook. 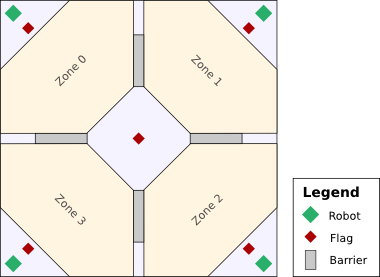 The 2015 game, Capture the Flag, took simplicity to the extreme. Robots scored points by moving flags into their scoring zone. The robot with the most flags at the end scored the most points. Simple.

We made things a little more tricky by adding barriers between teams’ zones. However, this seemingly simple game proved to be quite a challenge to our 2015 robots and just goes to show you should never underestimate the importance of reliability in a design.

The full rules contain further details of the game, prizes and regulations of the 2015 game. 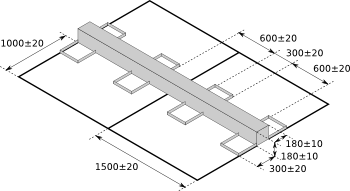 The 2014 game, Slots, saw an interesting new dimension added to the game as the tokens had a right-way-up.

Points could be scored by:

Full details about the game, the scoring method and more, remain available in the rulebook.

The 2013 competition, A Strange Game, saw thirty teams build robots looking to dominate a game of noughts and crosses. Each robot, equipped with six rather large cardboard boxes, attempted to take-over squares in a 3×3 grid in the centre of an arena. The more squares owned in a row or column, the more points a robot would score. For further details about the game see the full rules.

The 2012 competition, Pirate Plunder, considerably increased the scope for interesting activity compared to our previous games. Autonomous robots raced to collect cube-shaped tokens and get them back to the bucket in their home zone. Robots could also steal each other’s buckets, leading to an variety of possible tactics. The full rules of the 2012 game are available for those interested.

In 2011 the competition game, Tin-Can Rally, involved a track-based arena with some scattered baked bean tins to pick up. The arena can be seen in the diagram to the right. Full details about the game played in 2011 are available in the rules.

Further event details and the results are available from the news article posted shortly afterwards.